So some of you know that I was a professional actress earlier in my career. I actually starred on NBC-TV series in the early 90s, and did some other shows and films too (like “Saved by the Bell” — check out the picture!).

This time period offers a perfect example of what I want to talk about today – the difference between “legitimate pain” and “suffering.”

Being only in my early 20s, I’ll never forget how intimidated I was by my agents. Even though I was the one making money for THEM, I felt tremendous pressure for them to like me – so they’d get me the good auditions.

One day I had this audition for a new series pilot, and it was a very unusual character. I remember she was a little crazy and pretty unpredictable – quirky.

So I went in there wearing a funky hat and a feather boa around my neck. Then I poured my heart into that audition.

And I really blew it. Or at least I found out I did later.

The casting director called my agent later and said that I was over-the-top, ridiculous (!), and embarrassed her in front of the show’s producers. So from that, my agents were now embarrassed by me too!

This was extremely painful. Not only was I being told I made a fool of myself, but I had displeased people I felt were in a position of power.

So here’s where I want to make a distinction.

Sometimes things happen in life where there is genuinely legitimate pain. I felt rejected, and I felt embarrassed.

However, suffering is of our own creation.

You see, I couldn’t stop obsessing about what had happened. For days I replayed it in my head, rewriting it in fantasy or plotting what the hell I would do next to re-win my agent’s favor (from a bunch of fear, I can tell you).

Here I was the one putting myself in prison.

The legitimate pain I felt after getting that feedback was difficult, but after really feeling it and accepting those feelings, I had the choice to release it and move forward…. or not.

When we hold onto something, replay it, obsess about it, and work ourselves up further and further, that would be creating our own suffering.

And oddly enough, a lot of our suffering is borne out of trying to avoid feeling legitimate pain!

I invite you to join me in utilizing this distinction. To accept the moments in life that are legitimately painful, but to not extend or exacerbate it by creating continued upset of your own making. 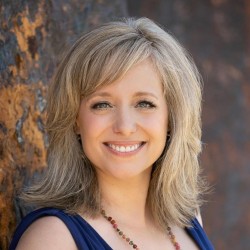 Barb Wade
Barb is a Speaker, Author, and Coach, who has been on the leading edge of Transformational Coaching for over 15 years. Barb works with high-achievers who, despite external accomplishments, are finding themselves yearning for more freedom, joy, and meaning in their lives. Barb herself knows that “hole” of quiet desperation that can exist even though achievement is high.